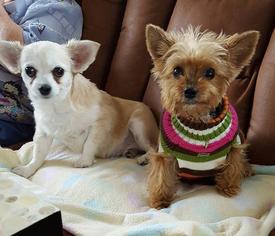 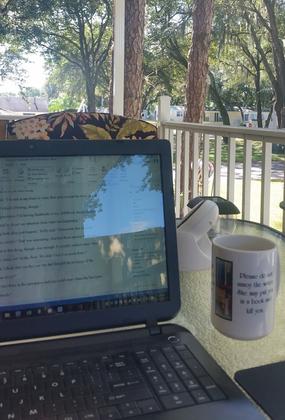 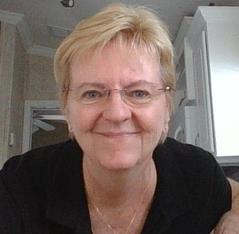 ​BJ writes novels set in her home state of Florida.
She grew up in the South, spending most of her growing up years in Florida either barefoot or in flip flops. A voracious reader, she also began writing early on. She wrote everything from poetry to short stories, most of which never saw the light of day outside her notebooks.
She also began several novels, mostly fantasy or romance, but a few chapters in every time, she decided that since she knew the outcome everyone else would already have figured it out, too. Fear of failure got to her, and each time she would quit and put them away, continuing to write only for her own amusement.
Decades went by. She worked full time, went to college part time, and raised a daughter.  She retired from Federal service and went on to work at other jobs that kept the bills paid and her mind from turning to oatmeal.
In the fall of 2013 she heard about something called "National Novel Writing Month" or the NaNoWriMo challenge. Every November, this contest idea is to write at least 50,000 words in 30 days, which means coming up with 1,667 words every single day to meet that goal. She entered the challenge and came home from work and wrote every evening. On the day after Thanksgiving that year, she pasted her story into the NaNoWriMo word counter. She had just over 50,000 words. She was a winner!
That manuscript became the bones of her first novel, Hurricane Season.
The following spring, she tripped over some boots in the garage and broke her shoulder. Stuck at home for the most part for several weeks and able to use only one hand, that fall put a major crimp in everything. Fortunately, an author she admired greatly not only befriended her, but spent time with her online talking about the process of bringing a story to life.  She even volunteered to read BJ's manuscript and give her some feedback.

That encouragement plus the announcement of a new program through the Golden Crown Literary Society called the Writing Academy, were the two biggest things that changed how she felt about her novel and about herself as a writer. Signing up for the Writing Academy, she made an investment in herself and got serious about becoming an author.
Completing that year long course and with the continued encouragement from her friend, she realized she could finish writing a book that someone else would enjoy reading. A month after graduating from the Writing Academy, the manuscript was finally in condition to send out for publishers to consider. Remarkably, Desert Palm Press, the first one she sent it to, wanted it.
Hurricane Season, her first book, was released June 2016.  The sequel, book 2 in the Seasons Series, Snowbird Season, was released June 2017. The third novel in the series, Changing Seasons, was released July 2018.

She just finished something new. She had always loved mysteries, and thanks to lots of encouragement, she wrote one: A humorous cozy mystery called Murder at Leisure Lakes, released September 2020. Even her publisher liked it! The next mystery is a work in progress, with a working title of Murder at the Pink Flamingo Flea Market.
BJ lives with her partner Debbie and their four-legged girl, Maya (a Yorkie) in central Florida. Piper (their Chihuahua), passed away recently and they miss her very much. Maya still looks for her around the house sometimes.

BJ and her partner love lighthouses and their shared office and front porch are decorated with their collection.

Please visit BJ's author page on the Desert Palm Press website. There's a link at the top of this page under "About BJ Phillips."  While you're there, check out the great novels by my sister Desert Palm Press authors! You can now buy all the Desert Palm Press books there at a 10% discount from the e-book regular price!
If you're interested in checking out the Writing Academy, it's on the Golden Crown Literary Society website.