In progress: my next mystery novel, Murder at the Pink Flamingo Flea Market. 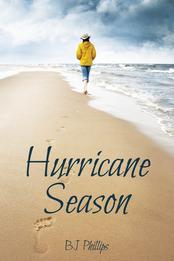 Cover designs are all by 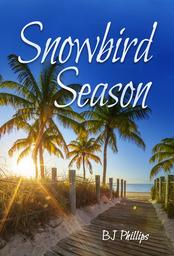 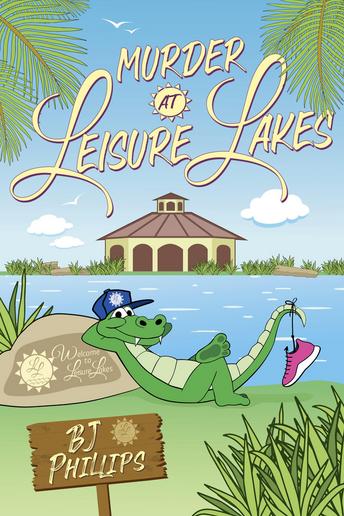 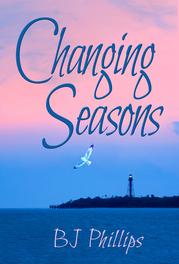 All my books are available from: Desert Palm Press,    Amazon, Bella Books, Barnes and Noble, &Smashwords

​In Book 2 of the Seasons Series, Kelly Bradley (Shawn's best friend) is nearing forty and feels destined to always be alone. When she takes on a job building a wall of custom bookcases for a wealthy Snowbird from New York City, Elise Wainwright, she gets more than she bargained for.

Andi Wainwright, Elise's gorgeous niece, is visiting while nursing a broken heart from a failed relationship. She's also hiding a secret from her aunt and the rest of the world.

Kelly and Andi are attracted to each other and share a sweet moonlight kiss on the beach, but the secret Andi is hiding could stop their romance in its tracks.

Rita Grayson is dead, and no one is sorry she's gone. When the body of the woman they all love to hate is found in the water at Leisure Lakes, everyone is a suspect-including Rita's husband and George, the beloved local alligator. The police investigator befriends a retired detective turned landscaper as they navigate through some odd clues and seemingly ridiculous gossip to solve the mystery.

If you like cozy mysteries, this is for you!

Available on Amazon , Desert Palm Press, and soon at the other usual places.

​​​In Book 3 of the Seasons Series, there’s trouble in paradise.

Kelly Bradley and Andi Wainwright now live together in Florida but haven’t yet said those three little words to each other. Andi is waiting for Kelly, and Kelly is waiting for the right time and place.  When Andi is suddenly taken ill with a rare heart condition and Kelly must race her to the emergency room, time could be running out.

Andi’s aunt, Elise Wainwright, and Kelly’s friend, Lauren Prescott, both in their mid-sixties, have become a couple in many ways. They’re much more than friends, but Elise is afraid of real intimacy, worrying that they might be too old for more than good night kisses and cuddling.  When Elise suddenly takes off for New York, Lauren worries that Elise is running away from everything they have together.

Romance novelist Shawn Richards and her wife Carrie Alexander are now a solid married couple and want to see their friends as happy as they are. Unlike the endings in Shawn’s novels, though, maybe there can’t be a ‘happy ever after’ for everyone, after all.

​​In Book 1 of the Seasons Series,

​​​​​Shawn Richards (aka S.K. Richardson) is a romance author who’s done with love. She’s had her heart broken badly again and just can’t take it anymore. Ditching San Francisco, she moves back home to Southwest Florida to get her feet back under her and finish her latest novel.

Carrie Alexander is a huge S.K. Richardson fan, but has no idea what she looks like. She does, however, like the looks of the new neighbor down the street, Shawn Richards.

Drawn to each other at first as friends, Shawn still tries to keep some distance in spite of what she’s beginning to feel for Carrie. Carrie isn’t the kind of woman you just have a fun night with and then move on. Carrie’s the kind you fall in love with and make love to, and live happily ever after with—but she just can’t let herself trust her heart yet. After all, the last time she fell for one of her fans, it ended very badly.

Carrie is looking for her own ‘happy ever after’ just like in all those romance novels she reads.  Shawn could be the one, or maybe Carrie’s fooling herself and there’s really no such thing as all that romantic stuff in Shawn’s books.

Shawn's afraid she can’t deliver on that ‘happy ever after’ she knows Carrie wants—and she wants, too, truth be told. Destiny might have given them a push when Carrie tripped at the local grocery store and literally fell into Shawn’s arms.  But fear could cost Shawn the woman of her dreams.